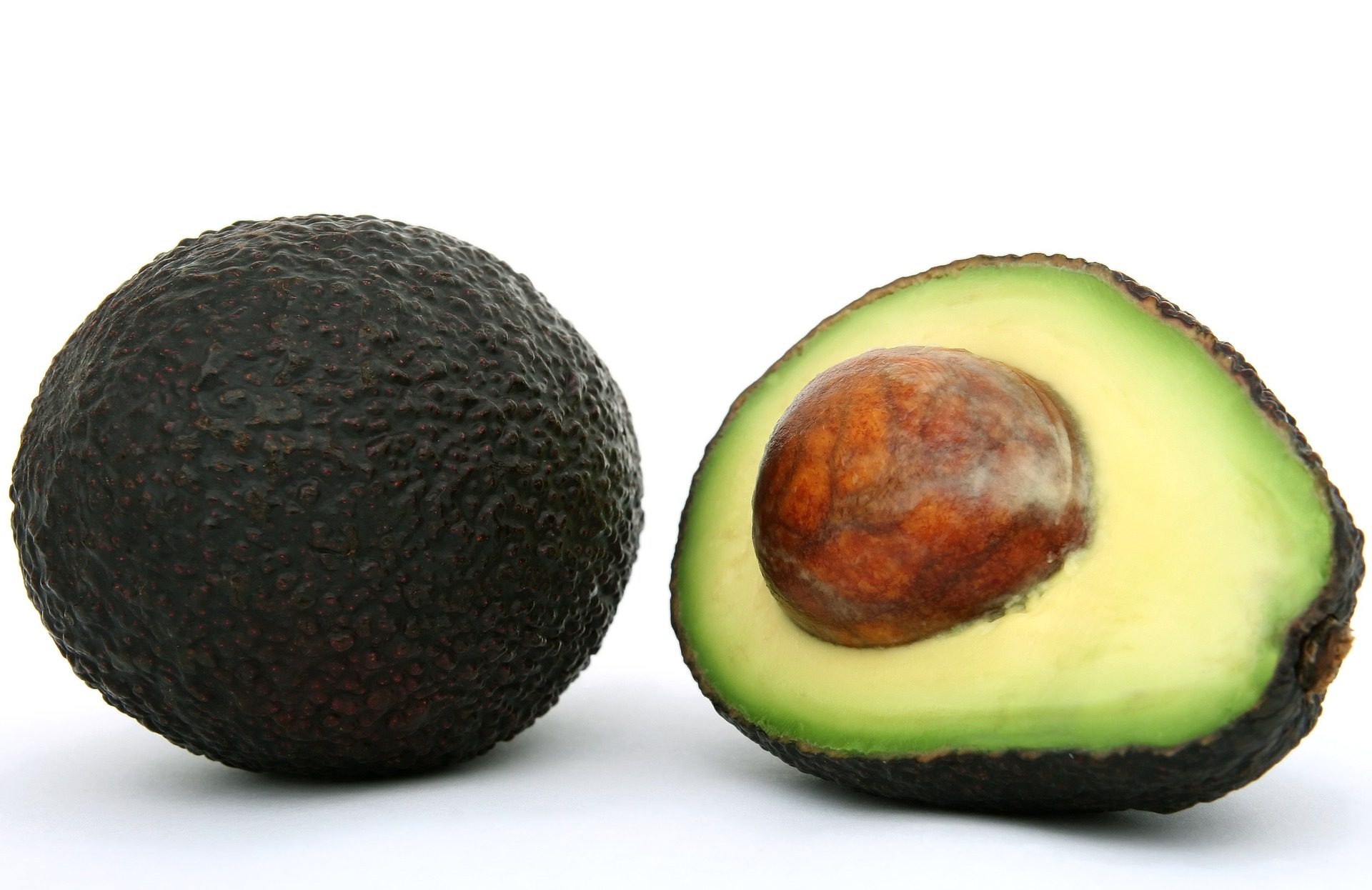 What’s on your healthy menu?

Different foods go through different metabolic pathways in your body. They can have vastly different effects on your hunger, hormones and the number of calories you burn. These 20 foods can make a huge difference in your daily diet.

Once feared for being high in cholesterol, whole eggs have been making a comeback. Although a high intake of eggs raises the levels of “bad” LDL-cholesterol in some people, they are one of the best foods to eat if you need to lose weight. Eggs are high in protein, and also incredibly nutrient dense and can help you get all the nutrients you need on a calorie-restricted diet. Interestingly, almost all the nutrients are found in the yolks.

Leafy greens include kale, spinach, collards, Swiss chards and a few others. They have numerous properties that make them perfect for a weight loss diet, such as being low in calories and carbohydrates and loaded with fiber. Eating leafy greens is a great way to increase the volume of your meals, without increasing the calories. Leafy greens are also incredibly nutritious and very high in many vitamins, antioxidants and minerals, including calcium, which has been shown to aid fat burning in some studies

Fatty fish like salmon is incredibly healthy and very satisfying, keeping you full for many hours with relatively few calories. It is loaded with high-quality protein, healthy fats and various important nutrients. Fish — and seafood in general — may also supply a significant amount of iodine. This nutrient is necessary for proper thyroid function, which is important to keep your metabolism running optimally. Salmon is also loaded with omega-3 fatty acids, which have been proven to reduce inflammation, which is known to play a major role in obesity and metabolic disease. Mackerel, trout, sardines, herring and other types of fatty fish are also excellent.

Meat has been unfairly demonized. It has been blamed for various health problems despite a lack of good evidence to back up these negative claims. Though processed meat is unhealthy, studies show that unprocessed red meat does not raise the risk of heart disease or diabetes. Red meat has only a very weak correlation with cancer in men and no correlation at all in women. Meat is a weight-loss-friendly food because it’s high in protein, which is the most filling nutrient. Eating a high-protein diet can make you burn up to 80–100 more calories per day.

White potatoes seem to have fallen out of favor for some reason. However, they have several properties that make them a perfect food — both for weight loss and optimal health. They contain an incredibly diverse range of nutrients — a little bit of almost everything you need. There have even been accounts of people living on nothing but potatoes alone for extended periods of time. They’re high in potassium, a nutrient that most people don’t get enough of and that plays an important role in blood pressure control. Sweet potatoes, turnips and other root vegetables are also excellent.

Tuna is another low-calorie, high-protein food. It’s lean fish, meaning it’s low in fat. Tuna is popular among bodybuilders and fitness models who’re on a cut, as it’s a great way to increase protein intake while keeping total calories and fat low. If you’re trying to emphasize protein intake, make sure to choose tuna canned in water, not oil.

Some beans and other legumes can be beneficial for weight loss. This includes lentils, black beans, kidney beans and some others. These foods tend to be high in protein and fiber, which are two nutrients that have been shown to lead to satiety. They also tend to contain some resistant starch. It’s important to prepare Legumes properly for those who may have low tolerance for them.

Dairy products tend to be high in protein. One of the best ones is cottage cheese, which is mostly protein with very few carbs and little fat. Eating cottage cheese is a great way to boost your protein intake. It’s also very satiating, making you feel full with a relatively low number of calories.

While most fruits are high in carbs, avocados are loaded with healthy fats. They’re particularly high in monounsaturated oleic acid, the same type of fat found in olive oil. Despite being mostly fat, avocados also contain a lot of water and fiber, making them less energy-dense than you may think.

What’s more, they’re a perfect addition to vegetable salads. They also contain many important nutrients, including fiber and potassium.

Apple cider vinegar is incredibly popular in the natural health community. It’s often used in condiments like dressings or vinaigrettes, and some people even dilute it in water and drink it. Several human-based studies suggest that apple cider vinegar can be useful for weight loss. Vinegar has also been shown to reduce blood sugar spikes after meals, which may have various beneficial health effects in the long term.

Despite being high in fat, nuts are not as fattening as you would expect. They’re an excellent snack, containing balanced amounts of protein, fiber and healthy fats. Eating nuts can improve metabolic health and even promote weight loss. People who eat nuts tend to be healthier and leaner than those who don’t. Just make sure not to go overboard, as they’re still fairly high in calories. If you tend to binge and eat massive amounts of nuts, it may be best to avoid them.

Though cereal grains have received a bad reputation in recent years, some types are definitely healthy. This includes some whole grains that are loaded with fiber and contain a decent amount of protein. Notable examples include oats, brown rice and quinoa. Oats are loaded with beta-glucans, soluble fibers that have been shown to increase satiety and improve metabolic health. Both brown and white rice can contain significant amounts of resistant starch, particularly if cooked and then allowed to cool afterward. Keep in mind that refined grains are not a healthy choice, and sometimes foods that have “whole grains” on the label are highly processed junk foods that are both harmful and fattening.

Eating chili peppers may be useful on a weight loss diet. They contain capsaicin, a substance which has been shown to reduce appetite and increase fat burning. This substance is even sold in supplement form and a common ingredient in many commercial weight loss supplements.

Most health experts agree that fruit is healthy. Even though they contain natural sugar, they have a low energy density and take a while to chew. Plus, their fiber content helps prevent sugar from being released too quickly into your bloodstream. Most fruits can be an effective and delicious addition to a weight loss diet.

One fruit that deserves to be highlighted is grapefruit. Its effects on weight control have been studied directly. The grapefruit group also had reduced insulin resistance, a metabolic abnormality that is implicated in various chronic diseases. Eating half a grapefruit about half an hour before some of your daily meals may help you feel more satiated and eat fewer overall calories.

Chia seeds are among the most nutritious foods on the planet. They contain 12 grams of carbohydrates per ounce (28 grams), which is pretty high, but 11 of these grams are fiber. This makes chia seeds a low-carb-friendly food and one of the best sources of fiber in the world. Because of its high fiber content, chia seeds can absorb up to 11–12 times their weight in water, turning gel-like and expanding in your stomach. However, given their nutrient composition, it makes sense that chia seeds could be a useful part of your weight loss diet.

Not all fats are created equal. Coconut oil is high in fatty acids of a medium length, called medium-chain triglycerides (MCTs). These fatty acids have been proven to boost satiety better than other fats and increase the number of calories burned. Of course, coconut oil still contains calories, so adding it on top of what you’re already eating is a bad idea. It’s not about adding coconut oil to your diet but about replacing some of your other cooking fats with coconut oil. Extra virgin olive oil is worth mentioning also, as it’s probably one of the healthiest fats on the planet.

Yogurt is another excellent dairy food. Certain types of yogurt contain probiotic bacteria that can improve the function of your gut. Having a healthy gut may help protect against inflammation and leptin resistance which is one of the main hormonal drivers of obesity. Make sure to choose yogurt with live, active cultures, as other types of yogurt contain virtually no probiotics. Also, consider choosing full-fat yogurt. Studies show that full-fat dairy — but not low-fat — is associated with a reduced risk of obesity and type 2 diabetes over time. Low-fat yogurt is usually loaded with sugar, so it’s best to avoid it.

Go to USDA for more details.

GET 15% OFF YOUR FIRST ORDER

Plus get updates on products; new blog posts, and special offers.